My Child was Injured in an Auto Accident –
Can I get her money from the Insurance Company?

I guess that one need look no further than child TV and movie actors to see that sometimes, a child’s money is a temptation that not all parents can resist. According to an article in the Business Insider, published on their website on April 2, 2014, Entitled “7 Celebs Whose Parents Decimated Their Fortunes” child actors have long been subject to the theft of their money by their parents. From Macaulay Culkin to Jackie Coogan and from Shirley Temple to Gary Coleman, many parents find the temptation of a pile of money too hard to ignore so they raid their children’s bank accounts, using the money for themselves.

It is a shame but it is a fact of life. And because of the few dastardly parents who would steal from their own child or children, even those injured in automobile accidents or disfigured by a dog bite or even a slip and fall in a grocery store, the Courts became involved and placed legal Conservators between the world and almost all money settlements for minor children. In Arizona, whether it is in Phoenix, Mesa, Gilbert, Queen Creek or, Chandler, a minor is a person who is less than 18 years of age.

The process itself is simple but the actual mechanics of the process are quite convoluted and difficult for most laypeople.

First, the amount of the settlement must be approved be by the Probate Court. The Court looks at ALL of the facts and circumstances of the motor vehicle accident or other act of negligence that harmed or injured your child. After considering those facts, the Judge will decide whether the amount of money that you or your lawyer agreed was a reasonable settlement is sufficient. If it is, then the Court must conclude that settling for the agreed upon amount of money is in the child’s (or children’s) best interests.

The second part is more difficult. The Court then appoints a Conservator of that money – a guardian so to speak – who can be, and often is, a parent of the injured child. Yes, the Courts get involved and they guard the child’s money jealously. The Conservator must tell the Court how and where he/she is going to deposit the child’s or children’s money.

These special “conservatorship accounts,” or “restricted accounts,” as they are called, are created by court order. The Court orders the “Conservator” who may be a mother, father, or another responsible adult to open an account with a responsible bank. (You do not have to use a bank but we will get into that in a bit) The bank then provides to the Court “Proof of a Restricted Account” and proof that the child’s money was actually deposited into this special account.

The money is, for the most part, locked up tight until the child turns 18-years-of-age. If the parents or other conservator wants to withdraw money, they usually have to file a motion with the court and explain what they want to do with the money and why it is in the child’s benefit or “best interest” to withdraw and use the money this way.

You can see, the Court is guarding against the worse thing that can happen – the money simply disappearing.

Now, the Court plays another , very important, role in the process of settling a personal injury claim for your child – it approves the amount of the settlement – the amount of money or compensation, and the amount of attorney fees. This is because, technically, a minor cannot execute an enforceable contract, their signature carries no weight in most situations. Since an insurance company will require a settling party to sign a release which, as the name implies “releases” the insurance company and its insured from all further liability regarding the injury caused by the insured’s negligence, the insurance company will want to lock down the release as legal and binding. In some instances, a parent can bind a child to several different types of contracts, but that is for a different day. A parent cannot bind a minor to a release unless and until a Court of law approves the settlement after a hearing.

So, how does the State of Arizona deal with this problem? Minors are injured in automobile collisions, not just adults. It makes little sense to wait until a minor reaches the age of majority, 18-years-of-age, to settle a case that happened when the child was 3 years old. The answer is found in the Arizona Rules of Probate Procedure, Rule 53, entitled “Settlement of Claims for Minors and Adults in Need of Protection. You can find it here.

Here are the relevant parts:

Rule 53. Settlements of Claims for Minors and Adults in Need of Protection

(1) When Required. Except as provided in subpart (a)(2), no settlement of a claim brought on behalf of a minor or an adult in need of protection is binding on the minor or the adult in need of protection unless it is approved by a judicial officer. If the court approves the settlement, it may authorize the execution of appropriate releases of liability.

(2) When Not Required. Under A.R.S. § 14-5424(C)(19), a conservator may enter into a binding settlement of claims not involving personal injury or wrongful death without court approval.

b) Who May Approve.

(d) Permissible Orders. After considering the amount and nature of the settlement proceeds, the age and sophistication of the minor or adult in need of protection, and that person’s living arrangements and ongoing needs, the court may do one or more of the following:

(2) order establishment of an appropriate trust, including a special needs trust, with or without continuing court supervision, as authorized by ARS § 14-5409(B);

(4) in the case of a minor claimant, order distribution of the proceeds to a custodian under A.R.S. § 14-7656(B) (the Uniform Transfers to Minors Act);

(6) approve a structured settlement; or

(7) enter any other order authorized by statute.

In the next blog, I will try and describe some of these alternative accounts so that, if the need arises, you and your personal injury lawyer, can make the best choice for you and your child or children. When kids are injured, when children hurt through no fault of their own, well, all we want to do is help.

We have offices in Mesa, Phoenix, Chandler, Gilbert, and Scottsdale. Our consultations are no obligation whatsoever. And, we can answer a lot, if not all, of your questions on the phone.

Give us a call if you find yourself trying to figure out how to best represent your child or children following an automobile accident. 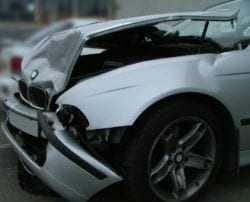